How to Make Cheeseburger Cupcakes 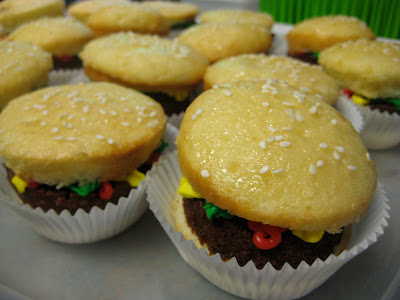 I came across this idea a couple days ago online, and decided to give them a try as my contribution to a pot luck picnic we were invited to.  I found a great tutorial online, but ended up doing mine a little bit different.  So, I thought I'd share my own process here!  These are super fun to make and eat, and I thought was a timely post for all of the Memorial Day weekend parties or upcoming barbecue's you may be hosting or attending!  Enjoy!
In addition to water, oil, eggs, and sugar, here are some items you'll need:
- Chocolate cake mix
- Vanilla cake mix
- Sesame seeds
- Frosting (yellow, green, & red)
- White cupcake liners (optional) 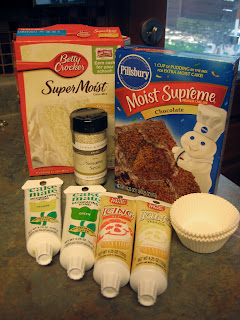 Step 1) Bake a batch of vanilla and a batch of chocolate cupcakes, according to package directions (or recipe if you make them from scratch) 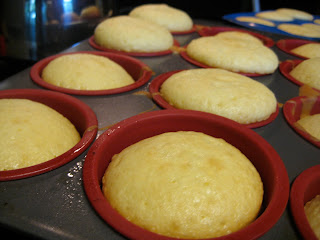 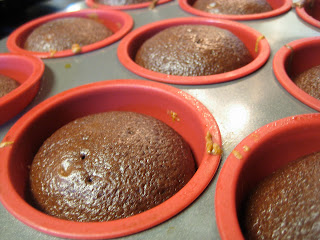 2) Slice open the vanilla cupcakes with a very sharp knife.  (These will be the buns) 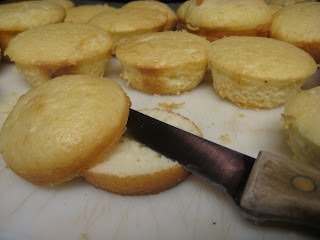 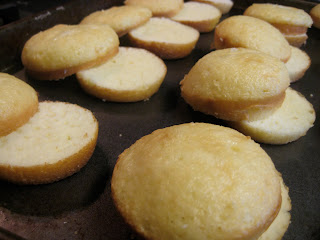 3) Slice the "burger patties" from the chocolate cupcakes.  The other tutorial I read used the tops, but I figure, hamburger patties are more flat, not domed on the top.  So, I cut off the top and used the bottom.  You want about a half inch of patty.  I found that mine looked best when cut about a half inch up from the bottom.  I tossed all my un-used cupcake pieces into a zip-loc baggie and put them in the freezer...I figure they'll be great when I need a little cake fix or ice cream topping down the road.  I hate to waste cake! 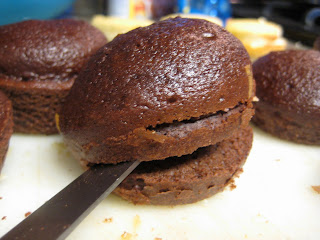 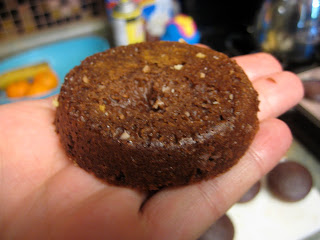 4) Squirt some frosting to the bottom bun. This will be your "glue" to hold the patty to the bun.  It doesn't really matter what color you use because you won't see it.  In hindsight, I think I would have liked to use a can of chocolate frosting here...it's brown to blend in with the burger patty, plus I could have frosted all the cupcake tops that aren't used! 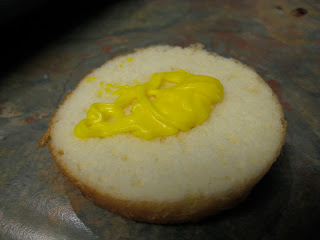 5) Stick the burger patty to the "glue." 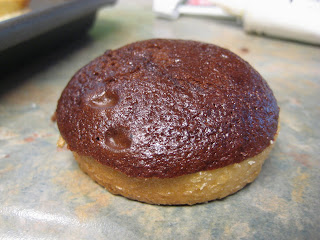 6) Time to make the "cheese."  I used the frosting tip that looks like a long slot, with yellow frosting. 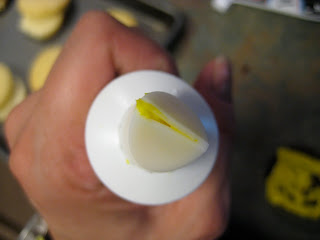 Make a square to represent the cheese slice.  Keep in mind that you'll probably only see the 4 corners, like you would on a real cheeseburger.  So, make sure the corners stick out far enough so they are seen once you put the top bun on. 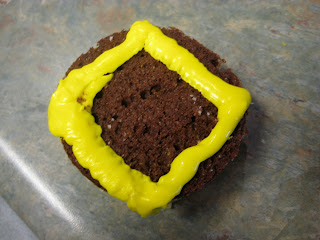 7) For the lettuce I used a tip like this to make it extra "leafy:" 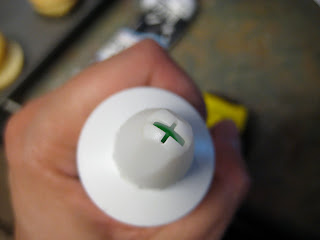 Just squeeze on some green for lettuce....I made sure it stuck out on the flat sides of the cheese slice. 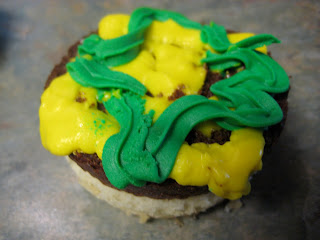 8) I used the tip with just a round hole for the ketchup.  In the end you'll just want to make sure that some of each color extends on or past the edges of the "meat," and that there's still enough on the center/top for the top bun to stick to: 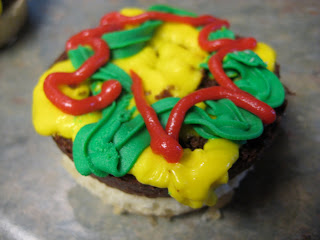 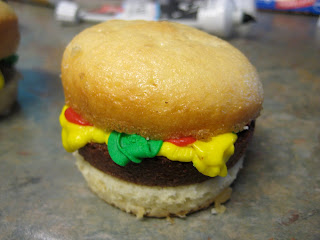 10) The tutorial I read used orange juice to make the sesame seeds stick.  However, I felt that mixing the visual of burgers with the taste of cake was confusing enough to the taste buds to also add fruit flavor to the mix. I took a suggestion posted by another person online, and mixed up some simple sugar instead. Just mix together 1 part water with 2 parts sugar.  (I used 1 Tbsp water and 2 Tbsp sugar and had more than enough) 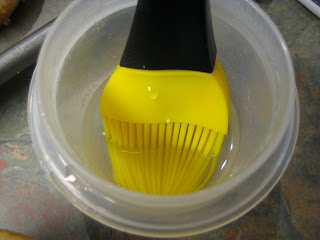 Brush a little simple sugar on the top bun with a basting brush. 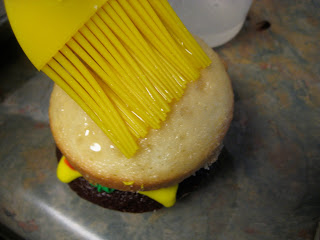 11) Sprinkle on the sesame seeds.  Promise me you won't leave out this step...they really MAKE the whole thing!  They don't really taste like anything so they won't affect the flavor. 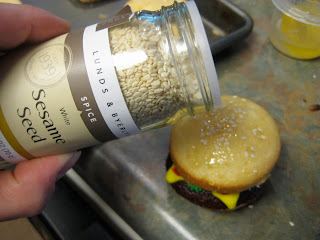 12) This is optional, but I thought it was a good idea to set them in little paper liners, not only to make it less messy for people to pick up and eat, but because they look like real burger wrappers. 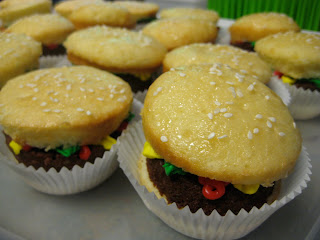 And you're done!  :-) Now if you can figure out how to make the main course look like dessert, you'll REALLY confuse your kids!

Posted by Gretchen Fleener at 10:18 PM