I've been saving these Easter egg coloring photos for a year and I think it's about time I post them!  I did a bunch of fun eggs last year, including trying the silk tie eggs in last year's post.  I'll share all of them in a few posts, with today's theme being rubber band methods!

Awesome eggs don't have to involve a lengthy process, although I love trying those kind too.  You'd be surprised how much you can do with just a rubber band or two.  Here are a few that I did last year.... 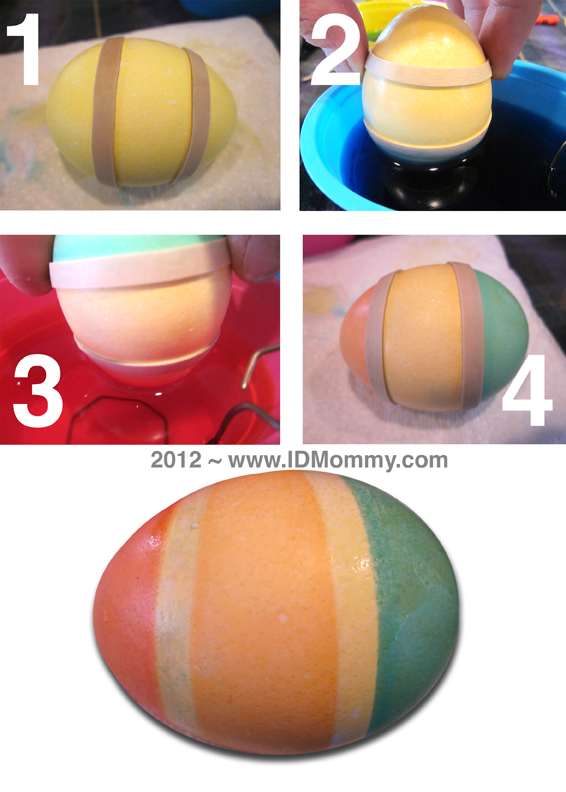 Wide color bands
1) Die the egg with a light color...I used yellow.  Let it dry, then wrap a rubber band so that it divides the egg in thirds.  You'll have a point where the rubber band crosses itself but that's okay. If you don't like that, you can use two smaller rubber bands.  Next, dunk the whole egg in orange.  This then should leave it yellow underneath the rubber bands, but don't take them off yet. Let it dry.
2) Dip one end of the egg in blue, just up to the rubber band.  Be careful not to dip it past the rubber band.
3) Dip the other end in red, same as step 2, trying not to go above the band.
4) Let it all dry and then remove the rubber bands! 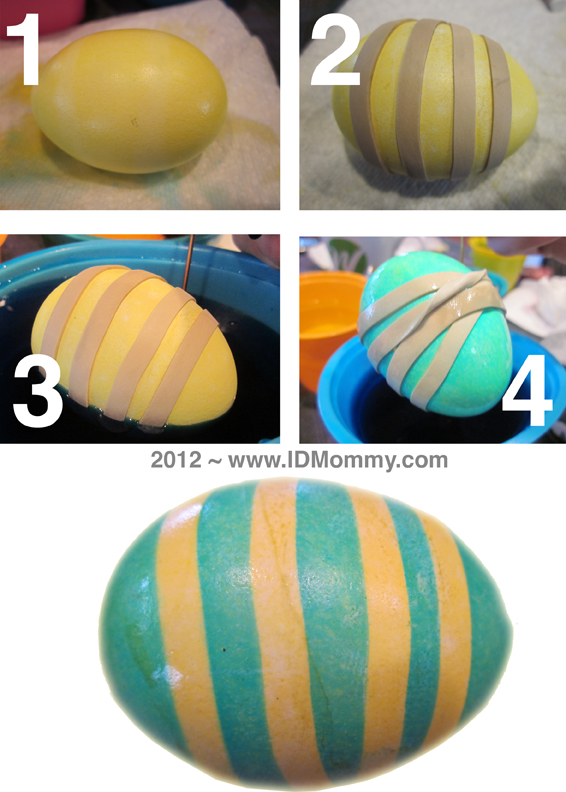 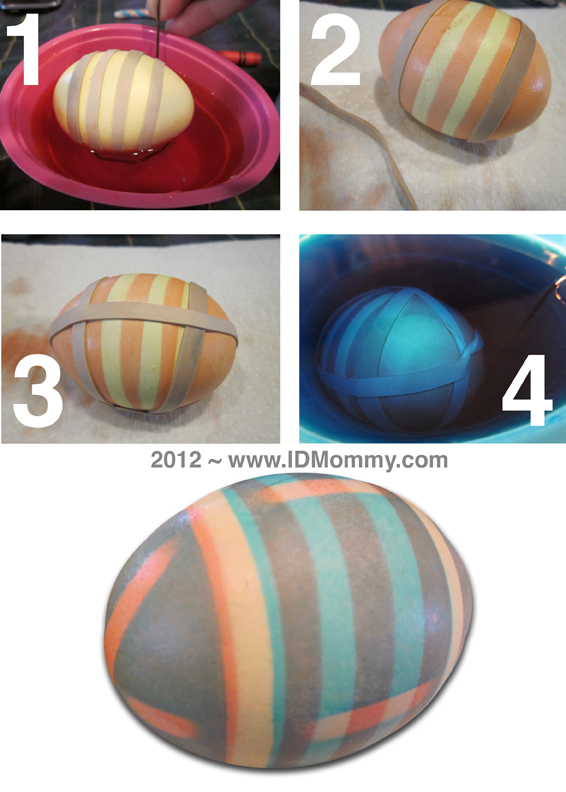 Wacky Stripes...or Plaid?
1) Dye the egg in yellow, let it dry, and apply 2 rubber bands in stripes.  Dye it again in red.
2) Remove one of the rubber bands, but leave the other.
3) Add another rubber band going the other direction.
4) Dye the whole egg again in blue.  Let it dry and remove the rubber bands!
I like how this one came out...one of the bands moved slightly which gives it a cool look like a 3D picture without the 3D glasses. ;-)
Posted by Gretchen Fleener at 1:16 PM