Father's day is coming!!  There are a zillion Father's day gift ideas out there, but here are a few that have recently caught my eye... 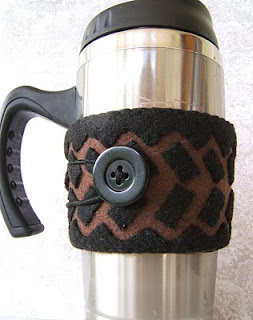 Got a coffee drinking dad? I love this "Manly Java Jacket" idea, made to look like muddy tire tracks.  Very cool and useful too! 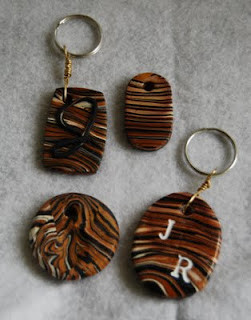 I love the agate-like look of these keychains made of polymer clay. 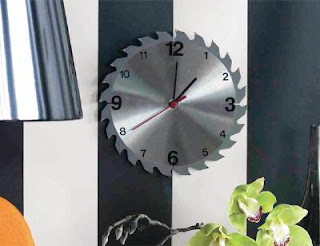 Got a dad who knows his way around the shop? I do, and one year I made him a sawblade clock similar to this one. I attached some nuts to the face as well to mark the hours. 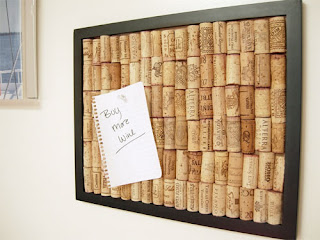 Got a dad who appreciates wine? Mine makes wine and one year for his birthday I made him a wine cork cork board similar to this one. You can Google more ideas for wine corks, which can be turned into trivets, keychains, name tag holders, etc! 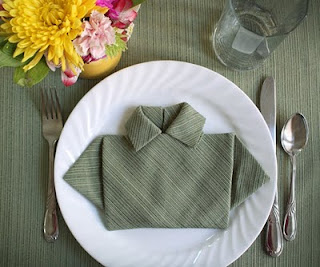 Setting a special table for dad?  Try folding the napkins like shirts!  (See some previous posts to make some great cupcakes for Dad too...bbq grill cupcakes and cheeseburger cupcakes!) 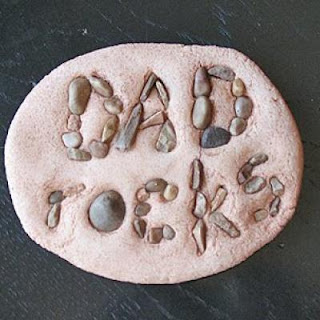 My dad likes to joke about his gifts from me... "at least it's better than a ROCK!"  This is because I actually gave him a rock one year.  Not just your average rock, mind you, but a rock that I colored on with markers.  He still has it though, so I'm thinking hey, maybe a rock isn't half bad for a gift.  After all, he probably isn't still hanging on to the package of underwear that Mom picked up for me to give him for Christmas in 1987.   Here's something a little more "fancy" as far as rocks go.

You still have a few days to make something fun with the kids for Dad, so hopefully this helps give you a few ideas you may not have seen before!
Posted by Gretchen Fleener at 5:15 PM