Our Completely Average "Best Day Ever!"

Summer is in full swing at our house! While we've been really busy and having fun, I didn't think we were really doing anything blog worthy.  But then it occurred to me that both you and I live in the real world, and sometimes it can be quite refreshing to read about something that isn't Pinterest Perfect!!

The first weekday that we had no school was really fairly average in my mind, and while I felt bad (just for a minute or two) that I didn't plan some big trip to the beach or park, at the end of the day the boys said they had SO much fun.  What did we do?  I needed a couple things from the hardware store, which meant they got a bag of free popcorn from the popcorn machine.

We had a little time before lunch so we stopped at our local Caribou to go agate hunting in their landscaping rock! (I come from a family of Lake Superior Agate lovers!) But first we ran in so Mommy could get a Mint Condition, and I got a tiny 2-pack of butter cookies for the boys.  They looked so proud and excited to sit at a tall bistro table and eat a tiny cookie! 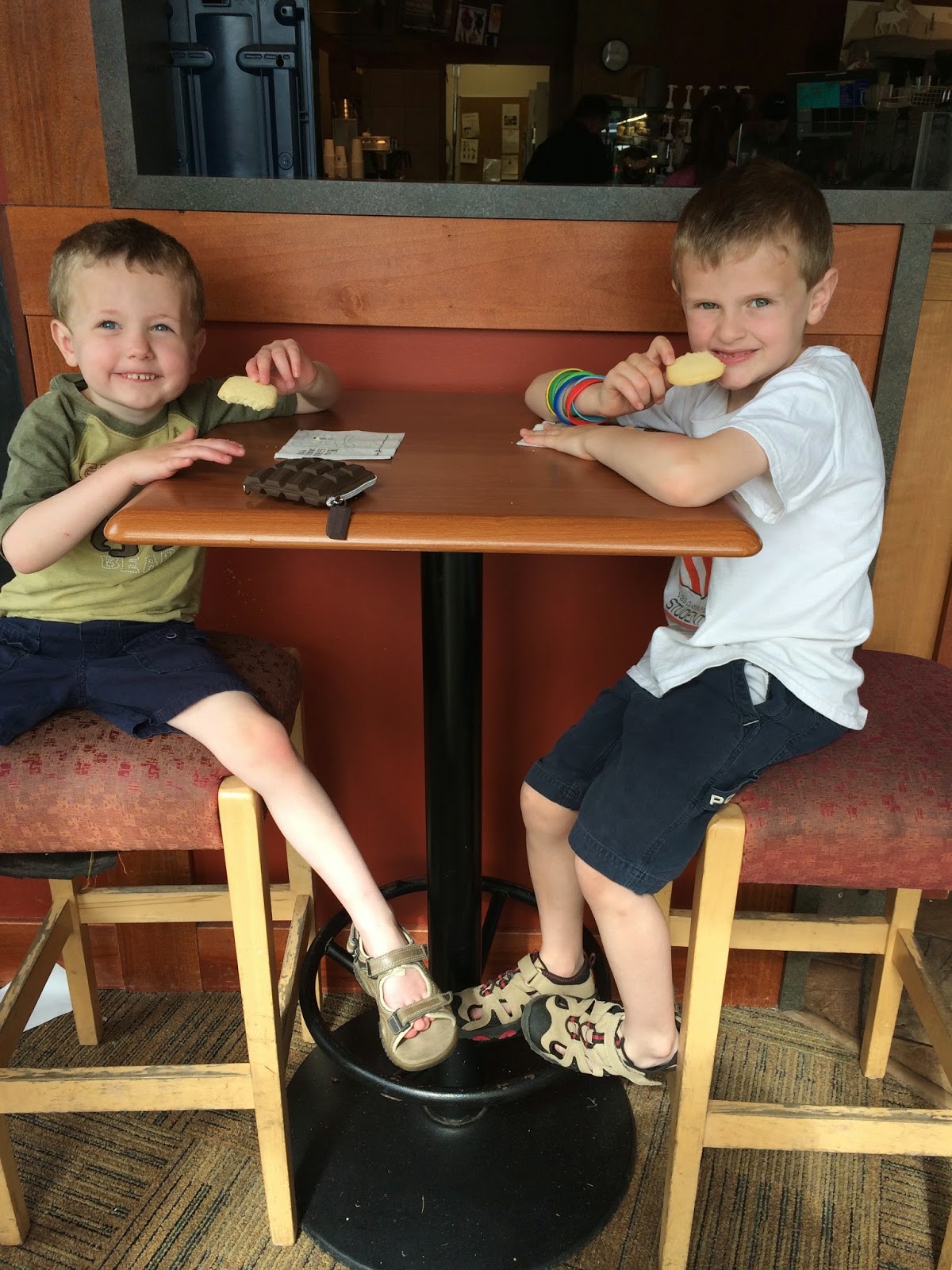 We searched around the parking lot and Sam found the best agate of the day!


Toby lost interest pretty quickly in agate hunting but had a lot of fun finding and pointing out all of the sprinkler heads! He also was pretty excited that there were fluffy dandelions growing, and I would allow him to blow them all he wanted (we'd rather not spread the seeds around our yard!)!

Before heading home we stopped by another spot where they were starting to build some new townhomes.  Sam and I looked at a dirt pile and found more agates, but were even more excited to find a pile of river rock hiding behind it!
Then, we went home and I made them a very non-nutritous and not at all magazine-photo-shoot-worthy lunch of frozen corn dogs because I was feeling too lazy to even slap a sandwich together. (Okay, I did throw in some carrots and strawberries too at least!)  They were thrilled.

Okay, so let's recap.  We ran an errand, I spent $0 on popcorn, less than $2 on butter cookies, we picked weeds, dug through rocks, and had frozen corn dogs.  Toby's words at the end of the day: "This was the BEST. DAY. EVER!"

I think sometimes we forget just how much fun simple things can be for kids! So get out there and do something average! Sometimes it's just your own attitude about the mundane that can make it fun for the kids!

Posted by Gretchen Fleener at 11:48 AM