It's snowing here.  A lot.  I am really not surprised by it anymore.  After all, this is Minnesota.  I remember watching the school closings scroll across the TV screen as a little kid, eagerly waiting for the alphabetical list of schools to get to "L" and see if Lakeville was going to bless it's students with a snow day. 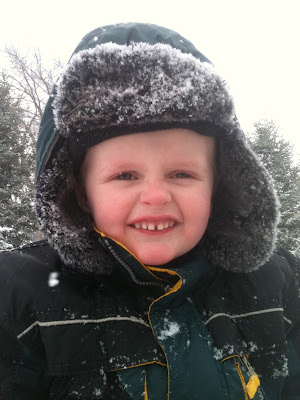 Aaah, glorious, wonderful snow days!  When you're a kid, of course, you don't have any of the worries that come along with snow....slippery roads, bumper-to-bumper traffic, shoveling, snowblowing, heat bills, ice dams, and more shoveling.  Then shoveling again when the snow plow comes by.  When I lived on a cul-de-sac as a kid, we made the most awesome snow forts by hollowing out the giant pile the snow plow left!

My kids aren't in school yet, so we can pretty much have a snow day whenever we want.  Today I have a feeling most schools are either closed or had a late start.  Here's what we did this morning... 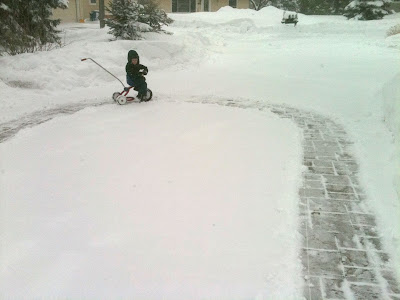 Sammy, who has no concept of winter toys vs summer toys, still wants to ride his trike every day.  I had to shovel the driveway (again) anyway so I made him some "roads" to maneuver his trike on. 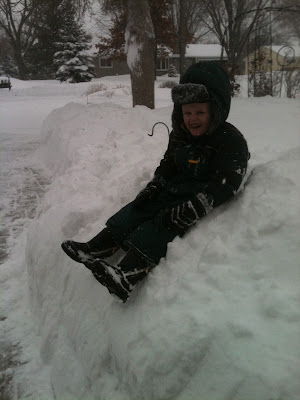 Where there are giant piles of snow, it's not long before Sammy turns them into snow slides!

We also had a good snowball fight, of course! 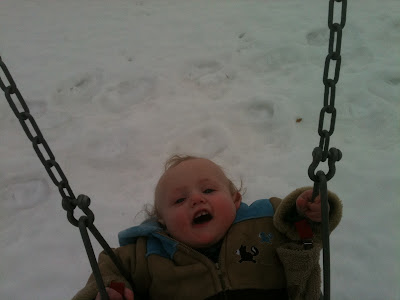 This photo was from last week...while playgrounds are pretty hard to use in the winter, the swings were still use-able at the playground on the end of our street. Both boys had a blast in the swings, even though it was quite the challenge just walking over to them!

Other things you can do with the kids in the snow....
- Make snow angels
- Build a snow man (we did that last week!)
- Go sledding
- Make snow ice cream 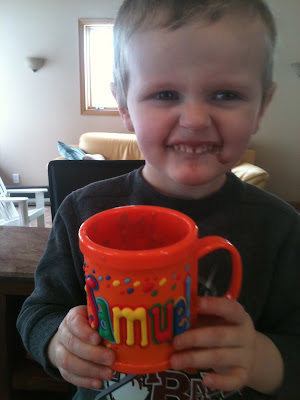 Whatever you do outside in the snow, always, always, always end your festivities with a cup of hot chocolate!!  I highly recommend using 2% or whole milk for the most awesome chocolate milk ever.

Posted by Gretchen Fleener at 2:55 PM